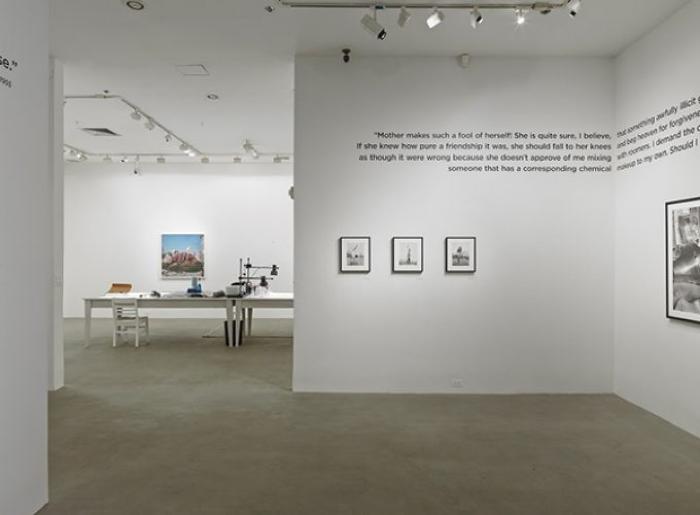 DEVOTION: Excavating Bob Mizer will be the first major institutional solo presentation of Bob Mizer's work to be shown anywhere in the world. The exhibition is organized by Billy Miller and Jonathan Berger in collaboration with Dennis Bell of The Bob Mizer Foundation and students and faculty from the NYU Steinhardt Department of Art and Art Professions.

Bob Mizer was born in Hailey Idaho in 1922, relocating with his mother, and later his brother, to Los Angeles in 1927 where he continued to live and work until his death in 1992. The exhibition will present 45 black and white and color photographs spanning the artist’s career. While Mizer is known primarily for pioneering what is now widely regarded as "beefcake" photography, via his company the Athletic Model Guild (AMG) and his publication Physique Pictorial, this genre is only one of many that he pursued over the course of nearly 50 years of creative production.

Mizer never shared this other side of his photographic practice, which he maintained independently of AMG, and thus the vast majority of these images remain unknown, unseen, and unprinted. DEVOTION delves exclusively in to the many recently unearthed and expansive bodies of work that Mizer produced privately for himself. A significant portion of the material serves as an unprecedented document of American cultural history, recording popular and subcultural “types” and “scenes” to emerge between the 1940s and 1990s including “nature boys”, beatniks, greasers, female and male body builders, beauty queens, soldiers, religious figures, magicians, circus performers, Hollywood actresses, gang members, cowboys, hippies, hustlers and their girlfriends, punks, new wavers, drifters, farm boys, surfers, druggies, construction workers, artists, activists, ex- cons, and would-be politicians, among others, in addition to formal studio portraits of men, women, children, and animals.

Mizer also staged a unique series of photographs employing both AMG models and their girlfriends posed in abstract, surreal, and politically provocative tableaux, for which he often constructed elaborate sets and costumes. These photographs retain Mizer's exploration of erotica; however, they complicate the functionality and more conventional appeal of the genre, instead evidencing the complexity of his own personal desires and imagination, through what is a clearly deeply intuitive and experimental process.

The previously unknown bodies of work sampled in the exhibition are indicative of The Bob Mizer Foundation’s continuing effort to preserve the entirety of the artist’s life and work. In addition to the exhibition’s presentation of printed photographs, a large portion of the Mizer estate—which consists of what is estimated to be nearly two million negatives and slides, three thousand films, and thousands of objects—will be shipped to NYC and installed at 80WSE. The galleries will contain large worktables with light boxes and archiving equipment and throughout each day of the exhibition, students from the NYU Steinhardt Department of Art and Art Professions will work onprocessing the archive for preservation; scanning negatives and returning them to Mizer’s original order.

Due to the sheer volume of photographic material in the estate, there are thousands of unopened envelopes, whose contents remain a mystery. Thus, the students contributing to this epic archival endeavor will be the first to see these images since Mizer himself shot them. The public nature of the archiving process affords visitors to the exhibition the opportunity to catch a glimpse of new bodies of work as they are discovered. A selection of images unearthed through the archiving process will be printed, displayed, and changed daily. Students from the Department’s Costume Studies program will work on conserving the vast array of costumes, clothing, and props, which were central to the staging of many of the photographs included in the exhibition.

This act of excavating Mizer’s work is, by extension, an excavation of his life. Each image serves as a contribution towards building a biography for this enigmatic American photographer; arguably one of the most compelling and prolific cultural producers and documentarians of the 20th century.

A number of public programs will take place in conjunction with the exhibition including series of panel discussions, addressing Bob Mizer’s influence on art and culture, hosted by the artist Vaginal Davis and curators Pati Hertling and Billy Miller. Andrew Lampert, Curator of Collections at Anthology Film Archives, will host a screening of selections from the 3000 films which Mizer shot over the course of his career.