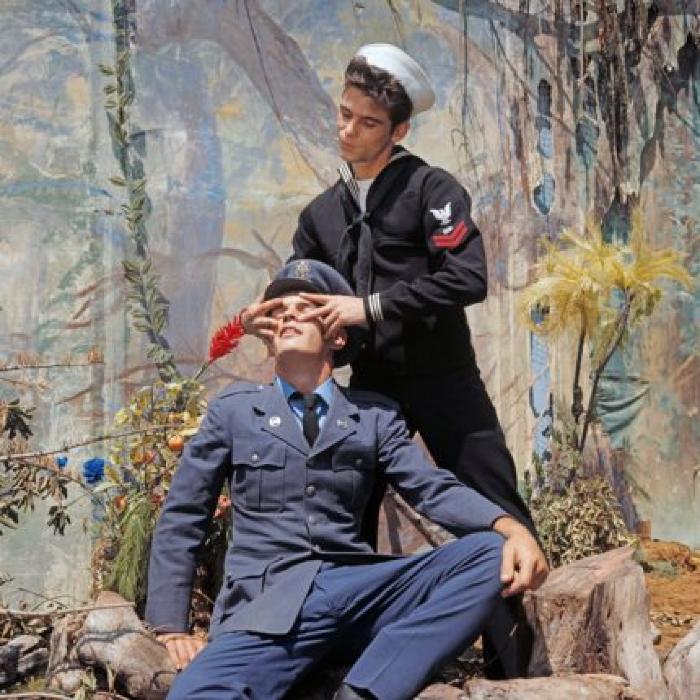 Notes on Notes on "Camp"

Camp was a curio of American ambivalence for the Susan Sontag generation—the product of an arts culture too savvy and too swish to take seriously the modernist claims of imperious western civilization. But much has changed since 1964, and although irony has metastasized in American culture just as Sontag feared, camp remains a curiously vital tool for those laboring amidst disaffected generations but hoping to forge new meaning — a personal meaning, an operatic performance of self, private history and identity — from a common aesthetic patrimony.

For those artists whose work is collected here, that camp patrimony is not bric-a-brac but a marvelous palimpsest—a layer cake of cultural performance and ambiguous content lacquered over not to ironize sentiment but to caress it. In “Notes on Notes on Camp,” the pliable visual language that emerged in the subversive culture of post AbEx New York is not a dated satirical vogue but a running study of latent earnestness, the camp voice not a piercing critique but a wellspring of common feeling—longing writ large.

Invisible-Exports (had as curator)

Notes on Notes on "Camp" (depicts)