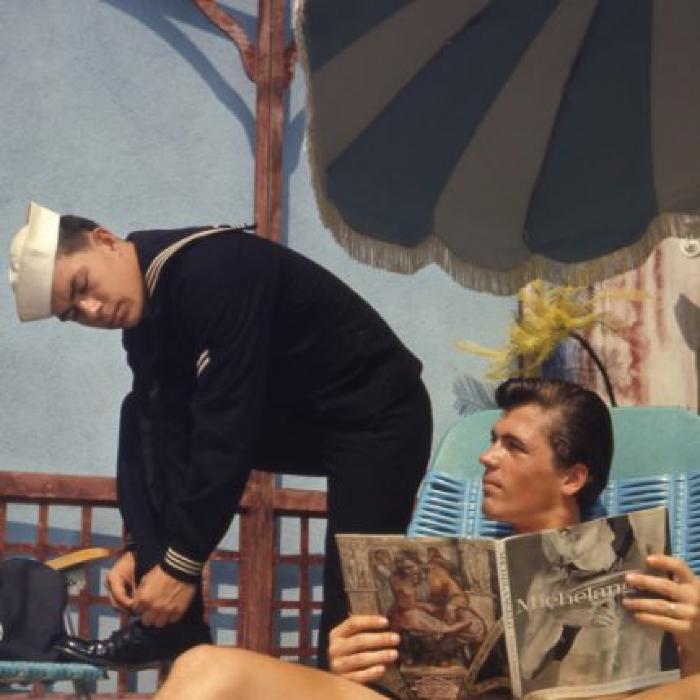 This exhibit showcases Athletic Model Guild’s output from 1968 through 1972. After the interpretation of laws regarding male frontal nudity were revised, AMG’s work provided the bridge between earlier non-nude physique films and the full hardcore films which found their way into adult theaters a few years later. L.A.’s Park Theatre became a haven for AMG films, and each weekend a new batch would feature there. The month-long exhibit includes vintage posters from Park Theatre, AMG movie scripts, rarely seen movie stills, as well as other ephemera. The exhibit is accompanied by a fundraiser/screening of rare hardcore AMG films at Center for Sex & Culture on June 3rd – an adults only event.

Dennis Bell (had as curator)