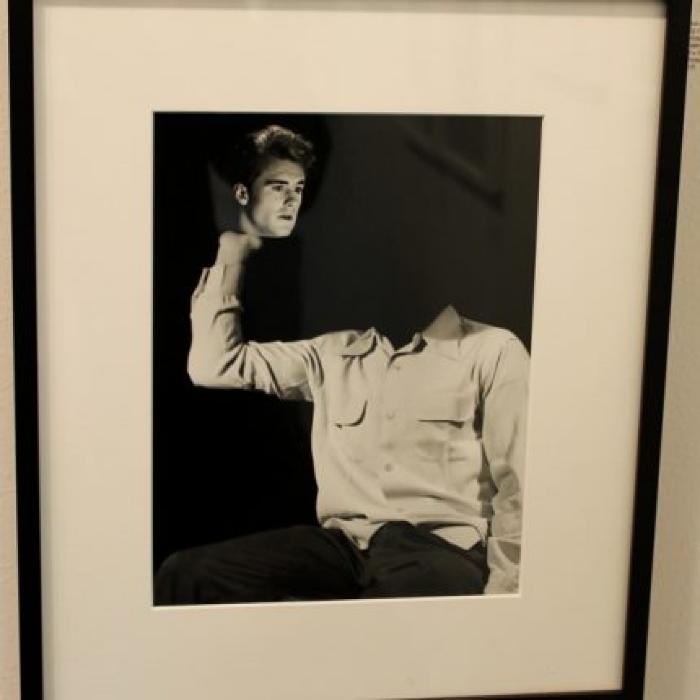 Say it together now: NADA is the “cool kids” fair. If you are part of the small number of people who follow the art fair scene closely, and you know one thing about NADA, this is probably it. What does this really mean? It means that Frieze New York (or Art Basel in Miami Beach, the December mega-fair alongside which NADA originally launched itself, satellite-like, into orbit) is where you go to shop for name-brand trophies; NADA is where you go for things that aren’t known quantities but that nevertheless look contemporary-cool. Consequently, NADA is and has been a good barometer of what the present’s consensus “good taste” looks like: semi-abstraction, washed-out colors, and underproduced sculpture; work that evokes a sense of studied effortlessness.

I was thinking about this on my third pass around the giant riverfront Basketball City space that NADA New York occupies this weekend when I hit upon the booth of Portland, Oregon’s Adams and Ollman, which proves I shouldn’t be so jaded. Among a cool selection of works, small black-and-white photos from Bob Mizer (1922–1992) are particularly worth pausing for, surrealist tributes to attractive young men he knew in 1950s LA (Miser was a pioneering publisher of body-builder magazines; his art photography was a sideline only later discovered). Ed Fury (Decapitated) shows the titular hunk posed stiffly, holding aloft his own pompadoured head, which stares blankly back at the space where it should be on his shoulders, contemplating his own body abstractly.